DNREC Mosquito Control urges property owners to ‘Look About, Dump It Out!’

DOVER (April 27, 2017) – Through a new public awareness campaign beginning today, DNREC’s Division of Fish & Wildlife Mosquito Control Section urges residential and business property owners throughout the state to empty all standing water sources, large and small, to reduce mosquito-breeding habitat on their properties. The “Look About, Dump It Out!” campaign will be featured in television and radio public service announcements, billboards and public outreach. 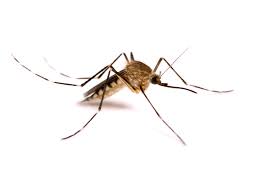 “Any standing water left for four or more consecutive days has the potential to breed mosquitoes, whether it’s in the bottom of a boat or a bottle cap, and it needs to be drained to help eliminate breeding habitat and reduce mosquito populations. That’s our message in ‘Look About, Dump It Out,’” said Mosquito Control Administrator Dr. William Meredith. “With mosquito-borne illnesses such as West Nile virus already established in Delaware and the possibility of Zika virus occurring in the local mosquito population, reducing mosquito-breeding habitat is more crucial than ever.”

Nineteen out of the 57 mosquito species found in Delaware are known to bite humans and several can transmit mosquito-borne diseases. Of these, two are short-distance flyers that breed primarily in artificial container habitats commonly found in urban or suburban locations and some rural areas. The native common house mosquito is primarily a nighttime biter but is also active around dawn and dusk, and is the primary transmitter for West Nile virus in Delaware. The non-native, invasive Asian tiger mosquito, which bites during daylight hours and around dawn and dusk, is a secondary vector for West Nile virus in Delaware, but is also known to carry dengue fever, chikungunya and Zika virus in other parts of the world. Both species can be difficult to control with insecticides, with eliminating breeding habitat the best means of population control.

What you need to know about the Zika virus:  http://dhss.delaware.gov/dhss/dph/zika.html