History of the Town of Bowers

Watch the video of WRDE On Tour “Bringing Back History to Bowers Beach” An interview of Bowers Beach local Charlie Irons!

Take a look at the “Way Life Used to Be” below…. antique postcard pictures of Bowers Beach…

Below are some nice photos of more recent historical Bowers signs and other great landmarks.
Most are gone now, but the legend and memories remain. 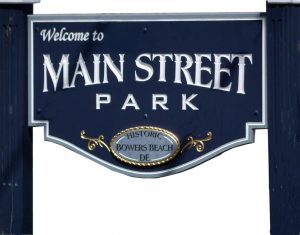 As the St. Jones River and the Murderkill River both meander their way to the Delaware Bay, nestled between them is one of the quaintest communities in the state – Bowers Beach. Once one of the premier fishing towns on the Delaware Bay, with an average of three hundred boats at the docks or moorings, this town has continued to endear itself to many residents of the state. People come to fish and swim, to bird watch, to kayak and sail, to paint, and to stroll the beaches looking for treasures.  It’s a great place to get away from it all or to share fun times with family and friends. 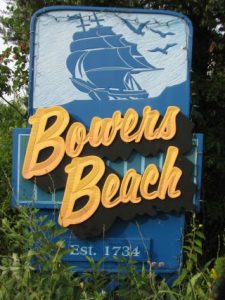 Bowers Beach, one of the earliest settlements along the Delaware Bay, was named “Whitwell’s Delight” in the late 1600’s by Francis Whitwell.  At that time, the tract contained 834 acres of woodland and 540 acres of meadow.  In 1685, William Frampton acquired the property and called it “Dover Peers”.  Frampton died and the land was sold to William Bassett.  Some years later, 420 acres of Whitwell’s Delight was owned by Nathaniel and Mary Hunn.  Nathaniel died and in 1734 his children sold the 420 acres to John Bowers.  Since August 16, 1734, the area “between the mouths of the St. Jones and Murderkill Rivers” has been known as Bowers Beach.  The land passed to John Bowers’s son and then to his granddaughter.  She was the last person to own the land to carry the Bowers name. 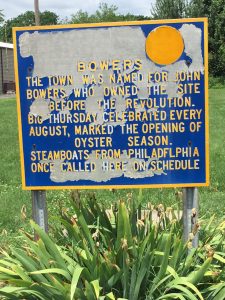 John Booth acquired part of the land in 1750, and sold that part the same year to Benjamin Chew.  Joseph Wood owned the Bowers Beach properties by the 1800’s.  Eventually, the properties were sold to many owners.  Bowers was first incorporated on March 9, 1907, and was reincorporated as the Town of Bowers in 1962.

In spite of all the hustle and bustle of today, Bowers is still small town America at its best, a reflection of its community’s hard work and nurturing. 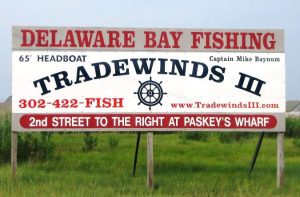 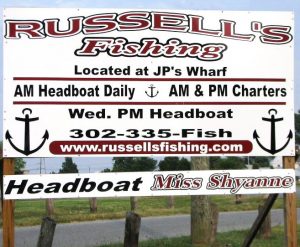 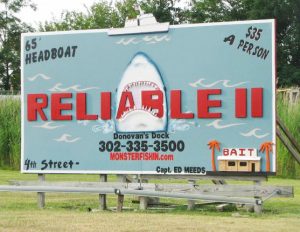